What falnic (Iran Hp) can do for you:

From providing IT supplements to their support and guaranty

From honest advice and design to run and implement

And from minor repair to periodic service and equipment maintenance, we are all beside you. 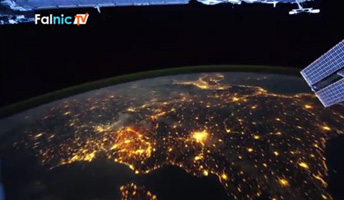 Video:Falnic (Iran HP) at a glance 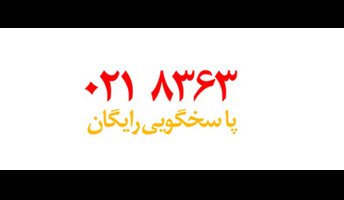 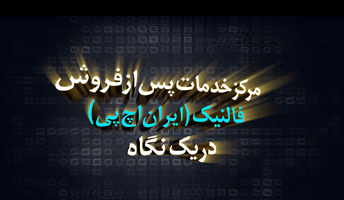 Creating a pleasure experiences for customers all over the world with innovative and agile people is our slogan.

We will do our best to achieve this great goal.

What we are able to do for you:

The valid products in HP brand

We provide and support the products of enormous American corporation, HP.

From home products such as laptop and printer to high-tech office products, especial for organizations; like server, storage and network equipment.

With the permission of Consumer Protection Organization, We provide all of HP products with an official warranty.

With you after your purchase

We are with you even after completing the warranty and we make you feel comfortable with our support.

Experts and technicians located at our repair center are ready to troubleshoot and fix your IT equipment.

Our central workshop with an area of over 600 meters beside specialist and specialized equipment are ready to provide from minor to specialist repairs to your demands.

To buy a product or a service or start a project, we advise you for free to get the best and most suitable choices.

We provide from 0 to 100 of large projects, from hardware and software equipment to training and supporting.

We have served more than

We have sent over

We have been here for

We have offered more than

types of products and services.

Our story begins when a 22 years old boy entered to the computer sales market since 74, and chose the name of Falnic for the company of his dreams.

Six years later, with the boom in the business of importing and selling computer parts, falnic was officially registered.

At this time, Falnic had a team of three. In the year 81, due to the good sales of HP MX70, Falnic decided to sell other products from this reputable company and began its specialized work on HP products.

In the year 82, the website iranhp.ir was established and in following year, its online store opened.

Falnic (Iran HP) was the first Persian language website for HP products and it was one of the first IT specialist online stores of that era.

In the year 84, with the addition of server products and HP equipment to the HP Online Store, the full portfolio of HP products in Iran was formed, and Falnic team number (Iran HPP) became 13.

Along with the strengthening of sales and after sales services, a special 4-digit 8363 special line, automatic SMS system and the first package of warranty and insurance for electronic equipment were unveiled.

Growth of company continued to reach 28 persons by the year 90.

In the year of 1992, we were able to obtain the privileged position in the field of after sales services in the verification of Information Industry Organization.

We also received the electronic trust certificate with the official license of Internet activity, from Tehran Electronics Technology Union, and also the IT manufacturing license.

In the year 94, we established a new and well equipped after sales services of Falnic (Iran HP) and obtained official warranty of HP products in Iran from the Consumer Protection and Producers Rights Organization.

At the end of 94, we celebrated the 20th anniversary of Falnic (Iran HP), and our team reached to 40.

And today, in the year of 96, we are experiencing the expansion of our single-person team to more than 42 people, and in the past years we had successfully served over 30,000 customers.

In this regard, one of the impressive successes of our hard-working and creative team was the record of 2,500 server configurations and more than 3,000 pre-factors that occurred in 95

Falnic route (Iran Hp) from the beginning to the present

Many love to be Iran HP!

The tradition of being imitated, the theft of ideas and the violation of the rights of market leaders in developed countries has been limited by setting up strict laws and severe penalties, but in our country, the lack of such laws is still Prevalence.

Some newcomers not only violate Intellectual Property Rights of HP, but also step up and name themselves HP or its agent.

However, Falnic (Iran HP) always moves on the path of innovation, and is not worry about imitation of its highlighted performance. It even considers these types of activities as a motivation to keep on its path to success.

But the problem starts from where some do something immoral and unprofessional...

By registering an infringement case in the form below, help us to identify these sites and take steps to promote culture and respect copyright law.

We are ready to response and provide services to you.

Falnic (Iran HP) provides the most complete portfolio of HP products in Iran
Contact the Falnic Team (Iran-HP) to contact the following locations.

You can also enter your name and mobile number in the box below so our experts will contact you as soon as possible.